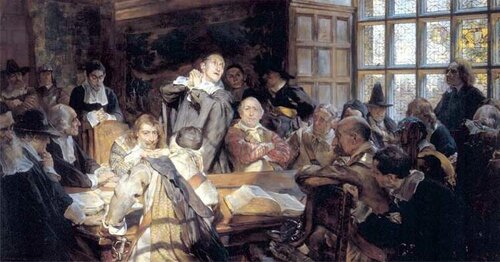 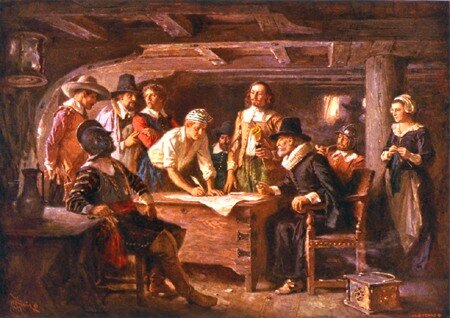 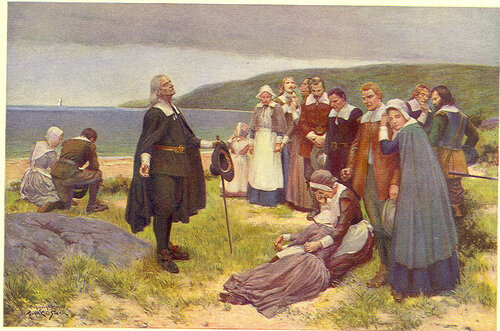 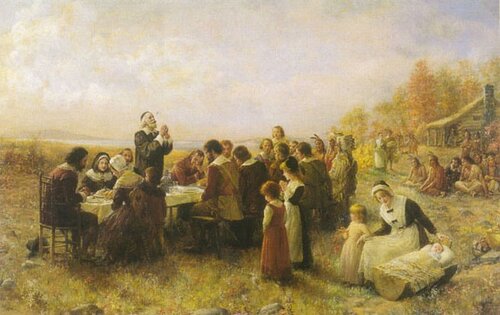 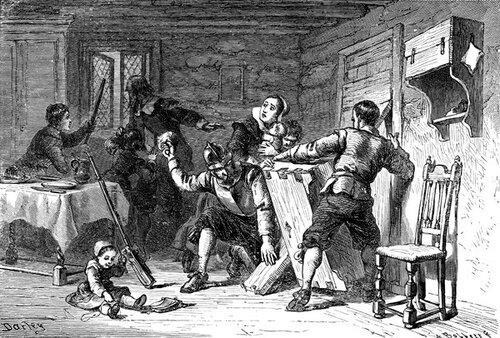 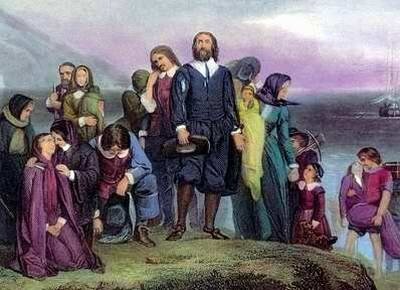 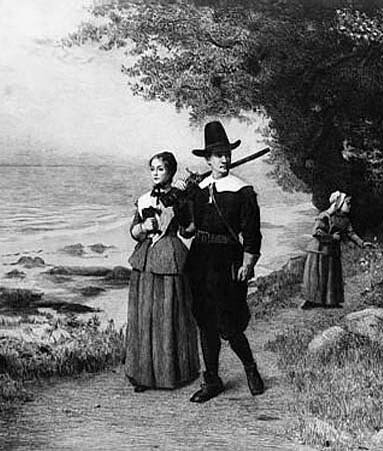 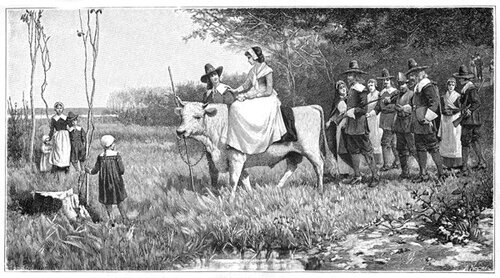 Sunday was a big day in the colonies. On Sundays they spent their time praying and reading the Bible instead of working. They could not sew, farm, cook, or anything.
On this picture there is a puritan wedding procession 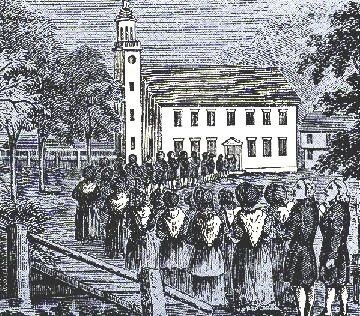 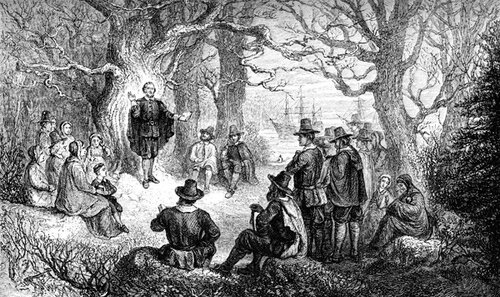 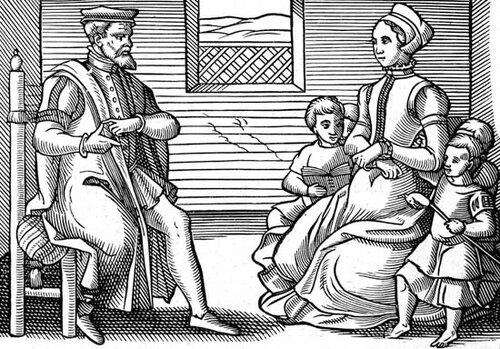 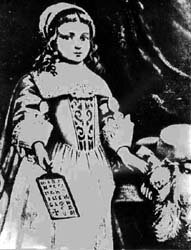 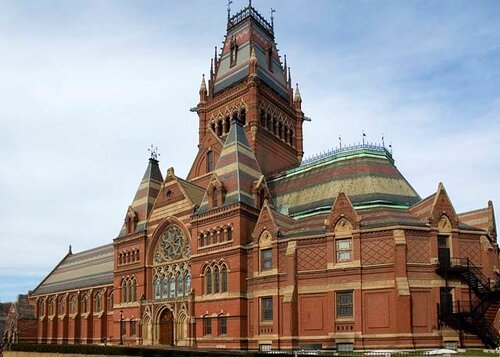